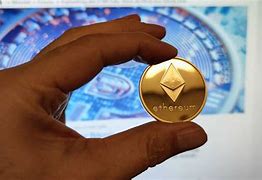 But alongside that large increase in legitimate NFT business, Chainalysis said it did find actors wash trading to artificially increase the value of NFTs and money laundering through the purchase of NFTs.

“In the case of NFT wash trading, the goal would be to make one’s NFT appear more valuable than it really is by ‘selling it’ to a new wallet the original owner also controls. In theory, this would be relatively easy with NFTs, as many NFT trading platforms allow users to trade by simply connecting their wallet to the platform, with no need to identify themselves,” the researchers explained.

“With blockchain analysis, however, we can track NFT wash trading by analyzing sales of NFTs to addresses that were self-financed, meaning they were funded either by the selling address or by the address that initially funded the selling address.

NFT wash trading exists in a murky legal area. While wash trading is prohibited in conventional securities and futures, wash trading involving NFTs has yet to be the subject of an enforcement action.
However, that could change as regulators shift focus and apply existing anti-fraud authorities to new NFT markets. More generally, wash trading in NFTs can create an unfair marketplace for those who purchase artificially inflated tokens, and its existence can undermine trust in the NFT ecosystem, inhibiting future growth.
We encourage NFT marketplaces to discourage this activity as much as possible.

But, in the event you have been the victim of a wash trade, the unfortunate reality is that you have an uphill battle in ever seeing your money again. The lack of sophistication in industry available tools/mechanisms that could accurately identify and/or predict potential risks, as well as proving intent by the “known” parties to the transaction, make it a near-impossible feat — at least right now.

As NFTs are still nascent with respect to their regulation and oversight, applying traditional wash trading rules falls under a “gray area” for lawmakers, but doesn’t eliminate the unethical and illegitimate character traits that still involve the intent to mislead the market and investors.

Recently, Bloomberg and other publications have documented wash trades in NFT that require the immediate attention of the entire community.

In wash trading, the scammers participate in the following trends to manipulate the industry:

These practices have created an unsafe and unfair environment for investors and collectors.

Recently, a new report emerged where scammers engaged in NFT wash trading for an NFT by CryptoPunk for the whopping value of $532 Million.

The firm found that while a majority of wash traders have been unsuccessful, those who have succeeded have done so in a way that the entire group of 262 saw massive profit overall: 110 gained $8,875,315 from wash trading, while the majority 152 unprofitable traders only lost $416,948.

Chainalysis says that the situation becomes even worse when it considered that the majority of that nearly $8.9 million in profit is from unsuspecting buyers who were led to believe an NFT they purchased had been growing in value as it moved from one buyer to another.

An Unregulated Marketplace is Ripe for Scams and Theft

NFTs are a contentious issue, especially considering the number of high-profile stories about major sales in recent months.

Now we have a sense of how severe the wash trading has become since LooksRare launched on January 10.

NFT analytics firmCryptoSlamreported today that it has identifiedmore than $8.3 billion worth of wash tradingfrom LooksRare, making up the vast majority of trading volume on the marketplace to date.

Most of the wash trading comes from royalty-free collections, which means that sellers don’t have to pay the creators a secondary sale fee.Larva Labs’ Meebitshas seen the most wash trading at $4.4 billion, with Terraforms at $2.9 billion,Lootat $705 million, and CryptoPhunks (aCryptoPunksderivative project) at $251 million, plus $62 million from other projects.

According to public blockchain data collected byDune Analytics, LooksRare has amassed more than $9.5 billion in totalEthereumtrading volume since its launch.

Most NFT trading platforms don’t require their users to verify their identities as they aren’t subject to any KYC requirements. This means that the only thing required to trade NFTs is connecting a wallet to the platform.

With no identification required, users can connect as many wallets as they want to the platform and engage in an endless circle of selling themselves any amount of NFTs.

To get a better understanding of how big and how profitable wash trading really is, Chainalysis analyzed sales of NFTs to Ethereum addresses that were self-financed, meaning they were funded either by the selling address or the address that initially funded the selling address.

Analysis of these sales showed that some NFT sellers have conducted hundreds of wash trades.

Eventually, that last step may be automated as the platform’s algorithm is refined.

LooksRare has generated a lot of buzz right out of the gate, and has routinely delivered$20 million or moreworth of total daily rewards to users since launch.

Recently, the blockchain research firm Chainalysispublisheda preview of the “The Chainalysis 2022 Crypto Crime Report” where they take a deep dive into NFTs illicit activities such as wash trading and money laundering.

Wash Trading in the NFT World

When investors sell and buy their own assets at the same time, they are creating a kind of market manipulation by inflating trading volume, and this is called wash trading.

It is important to note that only NFTs bought and sold on the Ethereum network were analysed by Chainalysis; the story could very well be different on other chains such as Solana.

According to the analysis, wash trading isn’t a dominant phenomenon yet. However, if it becomes more prominent, it could encourage regulators to define NFT’s asset class.

Wash trading isn’t the only crime-related activity that can attract the attention of regulators.

NFTs are gradually becoming a suitable option for money laundering. The Chainalysis Report also identified an increase in the value of NFTs purchased by illicit addresses totalling $1.4 million in Q4 2021.

NFTs are not the only cryptocurrency used to carry out crimes.
And according to Chainalysis, $8.6 billion worth of cryptocurrencies have so far been used in money laundering schemes in 2022.