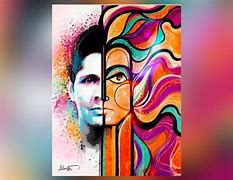 They are the first AAA developer to establish a crypto platform, Ubisoft Quartz, where players can buy NFTs known as Digits. The only Digits released so far were cosmetics for Ghost Recon Breakpoint so they’re not adding anything to the gaming experience that couldn’t be achieved without NFTs. These NFT weapon skins were earnable through long hours of playtime or could be bought on secondary markets. But Ubisoft has since announced the end of development for Ghost Recon Breakpoint, and while they will continue to maintain the game’s servers for now, it’s unclear whether the NFTs currently owned by players will be usable in other games going forward.

The company has promised that this is not the end of its NFT plans and that there will be future NFT drops with other games but remains silent on the future usability of the Breakpoint Digits.

Some game devs are already trying this but NFT games present new problems. Updating, patching and fixing bugs in an NFT is extremely expensive and clunky.

NFTs are also being used as access passes to prove that the owner has the exclusive right to access a Discord server exclusively for membership NFT holders, or hypothetically a special VIP area in an MMO.

These aren’t commonplace yet but a LOT of companies offering static image NFTs claim that they’ll add this functionality later.

As we’ve seen with live service games, the games industry doesn’t always follow through with content roadmaps. If you’re not buying the NFT for art’s sake, and the functionality you’re excited about isn’t there right now, you’re buying the promise that more content is coming.

It could potentially also devalue the work voice actors do.

Voiceverse is founded by the Bored Ape Yacht Club (BAYC), which has recently made the news because ofstolen NFTs. Some claim that NFTs are a Ponzi scheme since they require a constant stream of new investors for a lucky few to make money on them.

NFTs can also be easily used for money laundering, thanks to the anonymity of sales using cryptocurrencies. Criminals don’t need to run money through a front when they can simply buy a cartoon monkey from themselves and claim it as legitimate profit from digital assets.

Other criticisms arise from the environmental impact of the technology.
The Ethereum platform uses 48.14 kilowatt-hours of energy per transaction, and there are thousands of transactions per day. This number will only increase as more people employ the tech.


So, if that means you can help somebody but that means you’re not going to get something out of it, that’s pretty shitty of me. So, if I lose out of a job by giving somebody else one, how does that make me an asshole?”

Near the end of their conversation, Baker took a moment to apologize for how he handled this situation while also thanking those who spoke up for helping him learn and grow.

“To everybody out there, regardless of what you said, I want you to know that I really thank you for your patience and I thank you for the opportunity to learn,” Baker concluded.

The next “Skylanders” entry will also add 20 new characters to the roster of more than 300 heroes that have been released since the original “Spyro’s Adventure.”

Josh Sawyer, Studio Director at Obsidian, also had the following to say on his own tweet response:

After the backlash, Troy Baker has explained his reasoning while apologizing for some of his wording.

The worst of the Voiceverse controversy is yet to come, though. Users soon dug up into the history behind this NFT initiative and found out that the technology it uses has been stolen from a well-known Voice AI service.

Some users might know of 15ai, a free service that allows users to create Text To Speech clips using voices of particular characters.

The program is used as research for the Massachusetts Institute of Technology.

In This Year’s Bat-Stuff, Batman and The Joker Have the Same Voice”. Kotaku.

“I’m partnering with [VoiceverseNFT] to explore ways where together we might bring new tools to new creators to make new things, and allow everyone a chance to own & invest in the IP’s they create,” said Baker, before signing off “You can hate. Or you can create. What’ll it be?”

At the time of writing, the tweet has invited vastly more replies and quote retweets than likes, revealing the controversial nature of the topic.

troy, this isnt just an “i hate NFTs for the sake of having sth to hate” thing, NFTs have such huge consequences.

“you can hate or you can create” is so petty and such a middle finger to all the artists who have already been affected negatively by NFTs.

Baker also voices Batman, Joker, Hawkeye, and Loki in various media, and has provided voices for a number of English dubs of anime, including Bleach, Fullmetal Alchemist: Brotherhood, Naruto: Shippuden, One Piece, and Soul Eater. He was previously the lead singer and rhythm guitarist for the alternative rock band Tripp Fontaine, with whom he released an album titled Random Thoughts on a Paper Napkin (2004).

He then released the solo album Sitting in the Fire (2014) before he and his backing band changed their name to Window to the Abbey and released the album Moving Around Bias (2017).

If you own a Voice NFT, you can create all kinds of voice content, and you will OWN all of the IP.— Voiceverse NFT (@VoiceverseNFT) January 14, 2022

2/8 Imagine being able to create customized audiobooks, Youtube videos, e-learning lectures, or even podcasts with your favorite voice! All without the hassle of additional legal work. This also allows people with limited resources to access professional-grade voices more easily

3/8 Voice NFTs provide a new way for you to communicate and build up your persona in metaverse worlds.

His full thread along with the original story can be seen below.

I always want to be a part of the conversation, even if sometimes that finds me in the midst of a loud one. Appreciate y’all sharing your thoughts and giving me a lot to think about.

Hope y’all will forgive me for that. Bad attempt to bring levity. Anyway, feel free to resume the conversation, or not as you please.

I appreciate those with truth showing it, those with support offering it, and those with anger doing their best to express with it.

UPDATE 4.30pm UK: Troy Baker has responded to the huge backlash which erupted online today after he began promoting an NFT service.

In a series of new messages posted to his Twitter this afternoon, Baker admitted his earlier “You can hate. Or you can create.” message about his new business venture “might have been a bit antagonistic”.

But while the messages strike a more humble town, Baker did not comment on whether his relationship with VoiceverseNFT would still continue. Here’s Baker’s new comments in full:

“I always want to be a part of the conversation, even if sometimes that finds me in the midst of a loud one,” Baker wrote. “Appreciate y’all sharing your thoughts and giving me a lot to think about. I’m just a storyteller out here trying to tell my story to whomever will hear and hoping I can help others do the same.