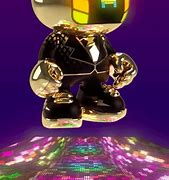 Joshua Christian had a good feeling about Frosties, a digital collection of colorful ice-cream-scoop characters with quirky outfits and facial expressions. The 20-year-old college student from Huddersfield, England, bought three of them, his first NFT purchases. He was one of millions of new buyers to enter the digital art market, a field that’s exploded in the past year.

But just a few hours after Frosties’ public minting began the evening of Jan. 9, he noticed something odd: The NFT’s Discord server was gone. “That’s not right,” he thought.

In Oklahoma, Melissa Kotter, a Frosties “mod,” or moderator, was also puzzled when the Discord server disappeared.

The Coinbase accounts were linked with a Citibank credit card and government ID that let law enforcement track the pair down. Investigators also traced a series of transfers through which Nguyen and Llacuna allegedly tried to obscure where they were sending the Frosties funds, leading to the money laundering accusations.

Crypto “rug pull” schemes are extremely common, but criminal cases remain far less numerous.
For one thing, the teams behind NFT series often don’t reveal their legal identities — until recently, even the founders of the super-high-priced Bored Ape Yacht Club series remained pseudonymous. For another, lucrative NFT series launches are a relatively recent phenomenon.
And the legal status of NFTs in general can be murky.

But the Justice Department release is unambiguous about calling Frosties a scam.

The fact that a project has ‘already failed’ makes other buyers want to avoid it, no matter what happens after,” he said.

Christian also complained about “a lot of clashing” among members, saying: “The whole idea of everyone working together just kind of drifted away.”

Ingles said his experience with Frosties, which was his first experience with a rug pull, has reinforced one of his beliefs: It’s generally not a great idea to jump into a brand-new NFT project — even one with tens of thousands of enthusiastic members.

“Hype is where it gets a lot of people,” he said. “I’ve seen probably 10 different projects within the past week or so get rugged all because of just the hype.

This is why the community members decided to call it “Wrapped,” alluding to the process of wrapping a token, which is essentially moving one token that belongs to a specific blockchain into another.

Investors who minted Frosties can simply “wrap” their tokens for no charge (other than gas fees). Newcomers are also welcome and can buy Wrapped Frosties immediately.

Just Ashley said this new line is meant to recover some of the losses incurred by the rug pull.
Wrapped Frosties, for instance, has a 0.015 ETH floor price, roughly $37 at ether’s current level, compared to Frosties, which has a 0.002 ETH floor price, equivalent to around $2.

While the original line also has no possibility of fulfilling its intended purpose since its creators vanished, the team behind Wrapped Frosties devised a new plan, complete with the launch of a new NFT line.

The two 20 year olds who were behind the massive NFT rug pull, Frosties have been arrested. According to actions taken by The Department Of Justice, failure to complete a promised roadmap before ending a project will make creators legally liable.
This is great news.

When Nguyen and Llacuna got arrested, they were in the process of pulling off another NFT rug pull, this time with a project called Embers. The collection was expected to launch this month, and initial investments actually went to the Red Cross as a donation.

US government prosecutors have charged two men with fraud and money laundering over a cryptocurrency “rug pull” scheme. Ethan Nguyen and Andre Llacuna allegedly earned around $1.1 million by selling non-fungible tokens (or NFTs) based on cartoon-like characters called “Frosties.” After selling the NFTs, they shut down the project and transferred its funds to a series of separate crypto wallets, leaving Frosties owners bereft of promised rewards.

According to the criminal complaint, the Internal Revenue Service, Criminal Investigation (IRS-CI), and Homeland Security Investigations (HSI) began investigating Frosties in January, shortly after receiving complaints about the scam.

Now, it just stands at 1,600. It may also be possible that some people simply chose to not be involved.

“We are basically just volunteers,” she said, adding that there are roughly only a dozen of them working on everything without funding. “So all we can do is tweet and post on socials and hope that our community retweets … we are moving a little bit slower.”

On January 9, the creators of the original Frosties disappeared hours after all of their 8,888 tokens were sold out, according to the scammed investors and records reviewed by Insider. The creators then closed down their Twitter, Discord, and website, and removed their wallet from OpenSea — tell-tale signs of a rug pull.

It is estimated that the creators earned $1.3 million in ethereum based on its wallet.
At that time, the NFTs had a floor price average of 0.04 ETH (roughly $99).

A rug pull refers to a type of crypto scam where the creators vanish with investors’ money after launching what appears to be a legitimate project.

“We didn’t feel like we could just let this go,” Just Ashley, one of the community members spearheading the project who prefers to go by her social media handle, told Insider. “There were a lot of people who lost quite a bit of money and we’re also trying to help them recover it.”

Wrapped Frosties look exactly like the original Frosties but run on a different smart contract.

Visa bought a CryptoPunk for $150,000, a bargain considering that an NFT from the same collection sold for nearly $12 million.

NFTs aren’t just about a piece of art for the buyer and others to admire. Christian said he bought Frosties for its staking feature, in which he could earn fees by locking up his NFTs on the Ethereum blockchain, which in turn would help process transactions. Buyers were promised other ways to make money from the investment, too, like “breeding” — essentially creating new Frosties from two existing ones.

Kotter, who was elected as a mod, made it to the whitelist, giving her early access to the first Frosties to be minted, an incentive that helped build interest in the project.

Many members became upset by high gas fees in the early minting. In a surprising move, the anonymous Frosties developer refunded the fees.

Cruise Ingles, a rug pull victim who also decided to join the rebuilding effort, said he would like to see the collection go back to its original .04 ETH, or $116, floor price “to ensure decent royalties” for community members.

Ingles said the group plans to launch a new collection called Cutie Pies to raise funds which they hope to use to sustain and grow the Frosties collection. He said the new Frosties Discord community has about 1,600 members, with 150 active participants.

But rebuilding an NFT community “that lost all of its money” is challenging, Ingles acknowledged. A successful NFT community emerges largely because of FOMO, he said.

Attorney believes that the cryptocurrency proceeds associated with the NFT sales were quickly transferred “to various cryptocurrency wallets under [the Defendants’] control in multiple transactions designed to obfuscate the original source of funds.”

For engaging in such alleged offenses, the Defendants were charged “with conspiracy to commit wire fraud and conspiracy to commit money laundering, in connection with a million-dollar scheme to defraud purchasers of NFTs advertised as ‘Frosties.’” Each charge carries a maximum sentence of up to 20 years in prison.

Why Does This Matter for Your Business?

To avoid such charges, NFT businesses must understand the state and federal laws that apply to their business and advertising practices.