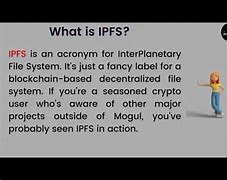 Digital and physical goods are just one example of the value that can be provided to holders.

NFTs can also act as your ticket to in real life (IRL) and virtual events. Just like a physical ticket is your pass to an event, NFTs can be your digital pass. But, because of blockchain technology backing NFTs, these digital versions of tickets are like none other.

Not only can event staff easily verify whether a ticket is authentic or not using the blockchain, but you can resell the tickets on the blockchain after the event has ended. If you think this sounds crazy, it might be. But that doesn’t make it any less feasible.

In fact, an old Michael Jordan ticket sold for over $400k to a collector. Why? Because people like Michael Jordan and find value in an unused ticket to his 1984 NBA debut.

It’s as easy to transfer NFT ownership as it is to Tweet about the NFT.

We’re going to see entire economies built around creators and their communities. If it’s your style, you could invest in individual creators early in their career as if they’re a stock of a company.
The good creators will rise to the top, and early adopters will benefit right alongside them as they rise.

If rookie cards are worth the most of all athlete’s physical cards, it would be easy to assume the first NFTs created by popular creators will have the same kind of collectable value.

With money and digital ownership flowing more easily across the world, it makes it easier for you to make a living by doing things you’re interested in.

NFTs As Video Game Assets You Actually Own

Video Games are an industry that will be transformed by NFTs.

A screenshot does not give you access to the contract, utility, or physical good that might come with the ownership of the NFT.

An NFT can be viewed in a similar manner.

Just like how a home deed represents ownership of a physical asset, as does an NFT of both physical and digital assets.

Pixelated and Ape-like NFTs make up an incredibly small fraction of the tokens out there and it baffles me how many people believe that NFTs are just JPEGs and nothing more.

EDIT #2: Addressing the “right-click save copy is exactly like the original” argument:

The printed form of a painting displays the brushstrokes, but can you feel them? Of course not.

In a similar way, when you screenshot an NFT, sure it looks just like it, but does it have the same identifiers that the original token has? Of course it doesn’t.

In short, a screenshot of an NFT does not function like the original. In the same way that a famous painting and a printout are fundamentally different.

This is the concept that most people don’t understand because it isn’t visual.

Do not screenshot my nft

Most people just see the JPEG form of the token and believe that’s all it is. What they don’t see is the smart-contract that verifies the token to begin with.
They don’t see (and many are completely unaware of) its existence on the blockchain that it originated on.

Most people don’t realize it’s not so much about owning the art, what is exchanged is the TOKEN; the Non Fungible Token.

Above all, I hope that some of you were able to gain something from this post.

It’s up to you as an individual to decide if you value something. As long as someone values it, it is considered valuable, the whole world doesn’t need to approve of it.

What can you do with an NFT?

Besides being able to verify ownership in a completely transparent manner, NFTs can provide holders with numerous perks.

Below is a list of utilities that NFTs can provide to holders.

NFTs aren’t only a piece of code on the blockchain. NFTs can provide holders with both digital and physical goods, and act as proof of ownership of these goods.

NFT holders can be airdropped additional NFTs directly into their wallets, and even sent goods to their homes, all from holding an NFT.

One example of this kind of utility comes from being a VeeFriends NFT holder.

You’ll get called out and booted from the community as the imposter you are if you flex with a CryptoPunk or Bored Ape that’s not yours, and you certainly won’t be able to sell it. And because of the power of the Internet, the blockchain, and the people, you will get called out.Provenance is readily available

If someone actually tries to flex with a fake or, worse yet, tries to sell it as such, the blockchain on which it was built comes to our rescue. All NFTs can be traced back to their inception, with all transactions, owners, and sales prices visible on a public ledger.

If you are tired of looking at Discord, Twitter, and OpenSea 24/7 to stay ahead of the market, check out WenAlphaText.io. Track your favorite NFT wallets and get real-time text alerts when they buy an NFT.

I’m about to explain NFTs so they actually make sense to you.

And I want to put this out there… I understand why NFTs get so much hate.

Seeing digital pictures sell for the same price as a house is frustrating. The logic just doesn’t make sense.

But when you learn what’s under the surface of NFTs, you’ll understand why the big numbers might make sense.

You either do or don’t.

In his 1995 interview about the internet, Bill Gates perfectly describes the revolution of NFTs.

When you find someone who bought an NFT from a creator you love, the connection to that person is more genuine because what you purchase shows your values more than how you choose to make your Instagram look.

For the collector, you receive a visual token in your wallet, plus whatever extra benefits the creator chooses to offer. Ex: Mr Beast featuring collectors in a video. The NFT in your wallet is a signal to the world showing what you enjoy, attracting people with similar interests into your life.

Many digital assets are still mainly used and traded within a specific ecosystem, such as the digital soccer cards on Sorare or basketball highlights on NBA Top Shot. These platforms control everything that’s traded and owned within them.

Something similar is happening on other NFT platforms like Gallery.so or marketplaces like OpenSea where collectors display their collections.

You need to be logged in and connect your crypto wallet to do this, and will therefore only be able to showcase what’s inside your wallet. The platforms even assign a little blue checkmark, as known from Twitter, Instagram, and elsewhere, to validated projects (see the screenshot of my DeadHead above).

In other words, showing screenshots of cool art and collectibles on your Instagram profile isn’t enough to get you the street cred you’re looking for.

You need to prove your ownership.

From the time that an NFT is created to the time that the world ends, NFTs and all of their transaction data are recorded on the blockchain.

Whether you approve of it or not, humans value proof of ownership; which the blockchain provides. It doesn’t matter if you can screenshot it, you don’t technically own it, nor do you own it in the eyes of the law. Hence why NFT art with no added perks can have so much value; because ultimately the market determines the value, and our economy defines what has value and what doesn’t.

Why do people value money when it’s nothing more than a piece of paper? The answer couldn’t be more simple; that’s just the way it is.